With the aid of Bruce Kelley, a hoaxer was busted on YouTube.  A YouTube video was posted by a user named Paul Howard with the following comments:

"Published on Mar 3, 2017
I have put together a compilation of my grandfathers Bigfoot pics that my family found in his farmhouse and barn after his passing.

This includes 5 photos that were already posted plus 2 more that were recently found and not yet posted.

My grandfather lived in the house in New York state all his life and never mentioned he was having sightings of a Bigfoot. We believe he was afraid of what people would think of him if he talked about it. He was the local postmaster and everybody knew him and respected him.

My grandfather was a very serious man, not the type to pull a bigfoot hoax. I don't believe he even knew what a bigfoot was. He took these pictures in the early to mid 60's before bigfoot was popular.

I am planning a weekend backing-packing trip in April into the area where my grandfather used to hike and camp. I will have my video camera and hopefully will be able to tape somthing (foot prints,or enclosures) that will prove his Bigfoot pictures are real."

And with some reservations that by posting the video here, it just gives him more hits, I do it so people can see what we are talking about.

So what is the hoaxing part?

As soon as I seen the video, I recognized that it was a well known Bigfoot costume that is available for sale, in fact, it was the same type of suit used in the Georgia Bigfoot Hoax. 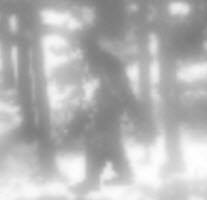 The screen capture of the "supposed" first photo stuck out like a sore thumb.  Why you ask?  Check out the photo below of that costume.  Notice anything? 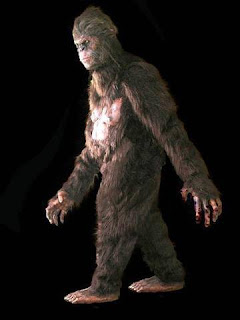 The guy didn't even use the costume for the picture, he copied and paste the picture above into his photo and put it in the video.  Want to see all the matches to confirm this? 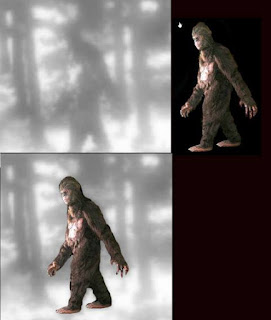 Thanks to Bruce Kelley for making the above graphic, if you take the costume and move it over to cover the "Bigfoot" in the video, guess what, it matches 110%.
The second photo then pops up in the video, and guess what? 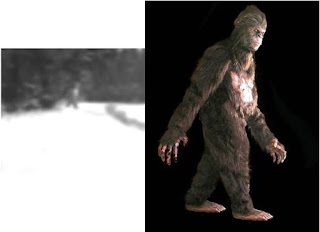 It matches the same costume, just flipped over horizontal. 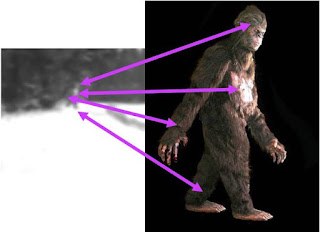 Points match the costume to the figure in the video. 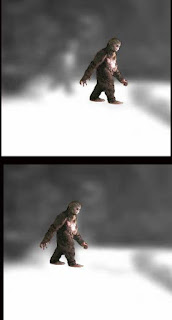 Once again, thanks to Bruce Kelley for his graphic above.  Just moving an overlay of the costume over shows it's a perfect match.  Hmmm, two different pictures showing a Bigfoot in the same stance as a picture of a Bigfoot costume.
While there are three other pictures in this video, one also resembles a photo found on the Internet, complete with stance and easily matched up.
The YouTuber has hoaxed the entire thing.