Why Is Going On Expeditions Important?

Why Is Going On Expeditions Important? 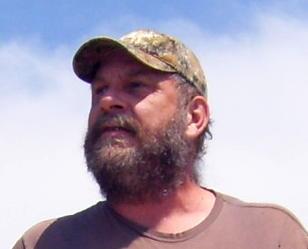 I've been asked by a lot of folks why do you go on expeditions?  Don't you get enough activity in your own research area?  Why spend all that money and time to just sit around a campfire with other folks?

First lets talk about what an expedition is.  I've only attended expeditions that the MABRC (Mid-America Bigfoot Research Center) and APES (Arkansas Primate Evidence Society) put together so I can only talk about those experiences.  An Expedition is a gathering of new and seasoned researchers to compare methods, test hypothesis’s, and gather possible evidence of an unknown primate.  There is day hikes and deployment of equipment.  Night hikes are one that seems to be a favorite for a lot of researchers as there does appear to be more that activity after the sun goes down than when it is out.  There is a lot of knowledge shared about the different kinds of technology used in research, none of which is specifically designed for what we want them to do in the woods.  There is a big learning curve of how we can take off the shelf technology and adapt or modify it to withstand the weather and environmental conditions we use them in.  Being able to have a hands on experience with the different types of technology before spending money on it is worth the time in my opinion.  You can also learn a lot about what type is good and not so good and why.  What kind of evidence gathering technology can you add to what you already use?

We all know that evidence is hard to collect, let alone collaborate possible evidence with the different equipment to make the evidence stronger.  There are very few researchers out there that can afford ALL the different equipment and become proficient in its use.  One other thing is the review time needed to review for the possible evidence collected for each of the types of equipment.  And that is where expeditions can be so useful.  Most researchers seem to adopt and excel in the use of one or two types of technology and become proficient in it's use, limitations, and analyzing the data collected.   There are no experts in this field, but there are those who have taken the time to gain the knowledge to become somewhat of a "specialist" with the equipment they have to where they understand its use and to effectively analyze the data collected.  The first time I looked over the shoulder of someone with a thermal imager I thought we were surrounded by bigfoot as there were heat signatures everywhere.  Just to find out that they were rocks from being heated from the sun during the day.  With the small screens on them it is really hard for me to comprehend the sizes of the different heat signatures.  The same can be said for photograph and video cameras.  Without working with them a lot it is easy to see things in shadows that aren't really there.  With audio there is a whole lot of headphone time to try and identify possible sounds with the distortions that happen with audio in the woods. I know for me I've come away from a 3 day expedition with 36+ hours of audio from each of the 5 audio recorder setups I deployed that expedition to review.  It takes a lot of time to listen to it and compare notes of what happened on the other recorders for the same time periods.  The fun in the woods is always less than the time needed after the woods.

During expeditions you can bring together all the "specialists" that know the technology they are proficient with that can lead to some of the best evidence collection.  For me I think the ideal scenario would be to have several pieces of equipment recording the same event to collaborate each of the other's.  Lets take a hypothetic situation.  Lets say a possible bigfoot is moving to the northeast of camp.  Someone sees the movement.  A camp audio recorder is running and records the movement.  Someone with thermal experience sees a heat signature and records it.  Someone with night vision experience also sees it and is recording it's movement.   Then someone with video experience gets the camera ready.  Everyone else at camp gets their brightest flashlights ready.  When the thermal and night vison folks gives the go, all lights light up the subject so that you have four pieces of equipment recording it and what it does that is backed up with multiple eye witnesses.  That would be the ideal collaboration of evidence and make a very strong case to help prove it does exist to the scientific establishment.  This type of thing is not possible if you don't have the proper equipment and people in one place as no one piece of technology will ever prove the existence.

Expeditions are also a great place to expand your knowledge.  Take tracking for instance.  I am not a very good tracker, but there are those that are good at it that are always willing to share what they know with you so you can improve your research abilities.  The more eyes, ears, and knowledge you have the more likely you are to be able to collect evidence because you have a lot of ideas from folks with experience with the different equipment of where to set up for the best chances of evidence collection.  Experience counts a lot, but so does new ideas so nothing is off the table when it comes to expeditions.  Some of the recent experiments that has found to be beneficial that were tested during expeditions are The Silent Hills Project that showed how far knocks and vocals can be heard in woods, and The Ghost Post that was able to verify where a travel route when following people out of the woods at night in a researcher’s area.  None of this could be done without a group of people working together to try and figure out what is actually happening.  This is also a time where researchers can push the envelope they wouldn't normally do as they know there is others there that have their back.  If the expedition is at new place to be explored as to whether it would be a productive area of research or from a possible sighting, the more boots and equipment on the ground can give a better chance of getting possible evidence and answering that question.  Having an expedition in a researcher's area can give data to the researcher of where he/she can spend more of their time to better gather possible evidence with the time they have for researching. It is also a great way for a researcher to get a lot of data that would take them months to get if they researched it by themselves.

For myself, working with audio I find it very beneficial to compare possible vocals from other areas with what I collect in my own area.  That way I can try and figure out if vocals change with the seasons, better identify patterns, and try to figure out what the context of the vocals is and why they may be using them.  For me the more the data the better the understanding of them we can get.  Collaborating evidence with the different kinds of technology we use in the woods make it easier it is to verify that there is something in the woods!  We all like to hear the stories of the experiences a researcher or witness has in the woods.  That is a cool stuff to hear.  But if there is collected audio of the vocals they heard during the experience it puts more weight to the experience and is even better in proving the experience.  And if there is pictures, video, or a thermal with the audio and experience now it comes alive and there is less to dispute of the authenticity of the experience.  Even if the subject's vocals, video, and thermal turns out to be a known animal it does verify the experience and all the parties can learn from the collected evidence on what to listen or look for if it happens again at a later time.  And who knows it may help prove that a thought to be exterminated or extinct animal that is alive and well.  No that isn't the target species that we are looking for but real interesting data none the less.  It also helps a bunch to know what known critters are there as a way of knowing what resources in the area that might help sustain a bigfoot.

If you are curious in an expedition with any group out there you should first do your homework.  Look at the groups procedures and protocols when it comes to expeditions.  I avoid expeditions that charges money when there a lots of groups who don't charge.  Don't be afraid to ask questions about how a group does expeditions.  It is our hard earned money getting us there and the expenses of being in the woods so I want as much of a bang for my buck as I can get.  I've heard horror stories of people being charged to go on expeditions and have it cancelled for whatever reason and losing their money or going to an expedition site to find it was empty and no one there.  Look for a group that has posted results of their past expeditions.  Was there new stuff being tried and what were the results?  What possible evidence have they found?  Is there more than one kind of evidence being collected?  Ask people that attended an expedition from the group you are interested in about their experiences when they attended.  Was it all hype or a spooky story telling session rather than boots on the ground and actual fieldwork?  Did attending the expedition help with their personal research?    Expeditions should be a learning experience for newbies and well as the old-timers.  If it isn't why spend the time and money to go?

I really enjoy participating in expeditions and go on them whenever I get a chance.  It can be a very fun and fulfilling time for you so I’d say give them a try.